TEACHTIX
Buy Tickets
Sell Tickets & Stream
Contact Us
Buy Tickets Sell Tickets & Stream Contact Us
Miller South School for the Visual and Performing Arts
Almost, Maine
by John Cariani
Welcome to Almost, Maine, a place that’s so far north, it’s almost not in the United States. It’s almost in Canada. And it’s not quite a town, because its residents never got around to getting organized. So it almost doesn’t exist. One cold, clear, winter night, as the northern lights hover in the star-filled sky above, the residents of Almost, Maine, find themselves falling in and out of love in unexpected and hilarious ways. Knees are bruised. Hearts are broken. But the bruises heal, and the hearts mend—almost—in this delightful midwinter night’s dream.
Must watch event live. No replay option available.
Select an option below.
Friday, Jan 22, 7:00 PM EST
Online
Virtual Admission
Event date has concluded. 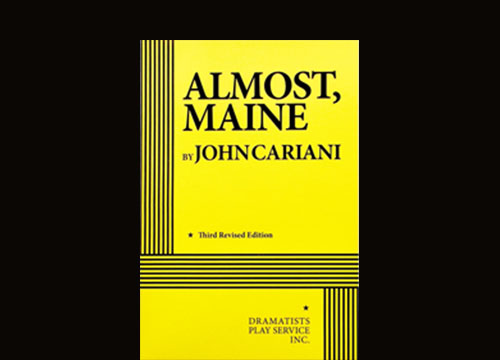