TEACHTIX
Buy Tickets
Sell Tickets & Stream
Contact Us
Buy Tickets Sell Tickets & Stream Contact Us
Freedom Middle School
Peter Pan, or the Boy Who Would Not Grow Up
a Fantasy in Five Acts by J.M. Barrie in a new version by John Caird and Trevor Nunn
This is the beloved story of Peter, Wendy, Michael, John, Capt. Hook, Smee, the lost boys, pirates and the Indians, and, of course, Tinker Bell, in their adventures in Never Land. Sir James Barrie gave the copyright of Peter Pan to the Hospital for Sick Children, Great Ormond Street, London, in 1929, later confirmed in his will when he died in 1937. The Hospital has continued to benefit from this generous gift ever since. This adaptation was written with kind permission of the Hospital for Sick Children, Great Ormond Street, London. The Hospital benefits from the sale of this adaptation of the original play.
Face coverings must be worn at all times.
Online sales remain open after the start of the event.
Select an option below.
Thursday, Nov 11, 7:00 PM EST
Freedom Middle Auditorium
Assigned Seating
Event date has concluded. 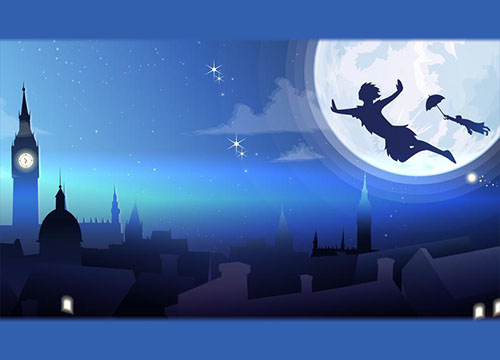